For the term "national review".

The 25th Amendment, After Joe Biden

It’s scandal time. Joe Biden appears to be failing. Almost everyone sees that. Republicans saw it during the campaign and commented on Biden’s “basement campaign” strategy — and he went 42 days without a press conference, as president! Democrats saw it too, of course, but said nothing. That may turn out to be the biggest fraud ever perpetrated on the American people: Vote for Biden, but get Harris.

Did the Democrats plan this from way back? That possibility was raised by this column last March.

Can you imagine nominating and campaigning for Woodrow Wilson after he’d had his stroke? That’s essentially what the Democrat Party did by nominating and supporting Joe Biden.

Donald Trump’s name for Biden was “Sleepy Joe.” But if sleepiness were the real problem with Biden, it wouldn’t matter any more than the listlessness of “low-energy” Jeb Bush. Bush may not have been your choice for president, but he certainly would have been competent.

Not so Joe Biden. He is failing, and at some point, and perhaps soon (and certainly before the next Congress convenes, by which time Democrats may have lost the House), no cover-up will suffice: everyone will see it. Then it will be closing time for the Biden presidency.

Biden will be pressured to resign, encouraged perhaps by his doctor, ”Dr.” Jill Biden. He could wait until his cabinet removes him in accordance with the Twenty-Fifth Amendment, but it’s not likely his “doctor” will allow that indignity. She’ll make him resign.

Then Vice President Harris will become the president.

Then President Harris will, pursuant to the Twenty-Fifth Amendment, nominate someone to become the new vice president.

Then, pursuant to the 25th Amendment, both houses of Congress must approve the nomination. That’s not a problem in the House of Representatives, where the Democrats have a (slim) majority (which they may well lose in the 2022 elections).

But what about the Senate, where there’s an equal number of Republicans and Democrats, and where the vote could very likely be tied?

No problem. The vice president will cast a tie-breaking vote.

But wait a minute: there is a problem. At that point, there’ll be no vice president.

Seeing the problem, the Democrat president might nominate a moderate Democrat who could get the approval of at least one Republican — which is to say, not a Merrick Garland. Garland said (in public and on the record) that a central problem facing this country is domestic terrorism. Rioting, looting, burning and assaulting (the MO for Black Lives Matter folk) is, according to Garland, domestic terrorism only if it’s done during the day, not at night.

An alternative is to let the office stay vacant. If President Harris were to die or be removed, the Speaker of the House of Representatives would then become president.

Why do we need a vice president? Why would Republicans want to elevate some woke Democrat who thinks a handful of white supremacists are the central danger to America, a woke Democrat who might then be more able to campaign against them in 2024?

Of course, some Republican is likely to mess things up. James Burnham was a founding editor of William F. Buckley’s National Review. He wrote ten “laws,” known as “Burnham’s Laws.” Number 6 was: “In every project there’s a Schlamm.” It was developed after National Review’s experience with Willi Schlamm, an early editor of the magazine, who was . . . impossible to deal with, and who finally had to be let over the side. Every organization has one.

Who’s the Willi Schlamm in the Senate Republican Conference? Mitt Romney? Lisa Murkowski? We may find out.

In the meantime, as Joe Biden mumbles and stumbles in full public view, we should contemplate the perfidy of the party and their media allies that foisted this failing old man on our country. That surely is the scandal of this century. 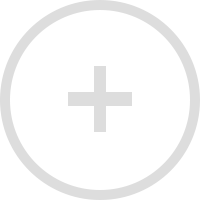 *Refers to following in the steps of G. K. Chesterton:

And of William F. Buckley, Jr.:

“Modern formulations are necessary even in defense of very ancient truths. Not because of any alleged anachronism in the old ideas — the Beatitudes remain the essential statement of the Western code — but because the idiom of life is always changing, and we need to say things in such a way as to get inside the vibrations of modern life.” 1964 address to the Conservative Party of New York State

1964 address to the Conservative Party of New York State

Daniel Oliver has been part of the Conservative Movement since 1965, when he worked in William F. Buckley Jr.’s campaign for Mayor of New York City, and ran for the New York State Assembly from West Harlem.

In 1970, he was Director of Research for James L. Buckley’s successful campaign for the U.S. Senate from New York. In the mid-1970s Oliver both wrote for and served as executive editor of National Review. And for many years Oliver served on the board of directors of National Review, serving as chairman from 2001 until Buckley divested himself of the magazine’s stock in 2004, at which time Buckley named him to the board of National Review’s holding company, on which he served until 2013.

Since leaving the government at the end of the Reagan years, Oliver has remained active in public policy, His appointments have included Distinguished Fellow at Citizens for a Sound Economy Foundation and Senior Fellow at the Heritage Foundation.

Oliver has served on the boards of numerous conservative organizations, including the Philadelphia Society (of which he is a past president), the Pacific Research Institute for Public Policy (of which he is a past chairman), the Federalist Society, and the Center for Family and Human Rights. Oliver is a member of the Mont Pèlerin Society. He is a graduate of Harvard College and Fordham Law School. In 1988 he received the degree of Doctor of Political Science honoris causa from Universidad Francisco Marroquín in Guatemala.

His writings have appeared in The Claremont Review of Books, The Wall Street Journal, The American Spectator, The Washington Times, First Things, The American Conservative, The Daily Caller, and The Federalist, among other publications.”

A collection of his columns and other writings, from 1999 to 2015, has been published recently under the title of Everyday Epiphanies.

Oliver lives in Washington, DC with his wife, Louise Oliver, the former ambassador to UNESCO. The have five children and thirteen grandchildren.