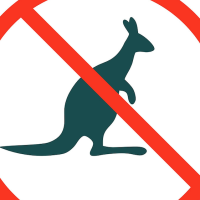 The Pelosi committee is just a tool: a tool with which the Democrats are attempting to discredit Republicans of all stripes and to win the 2022 election (and perhaps also cover up Pelosi’s own rejection of National Guard assistance on January 6. (Did she assume the ton of FBI informants had everything under control?)

If you see a sign in the park that says “no wheeled vehicles allowed in park” can you enter pushing a baby carriage? The answer is obvious. Or is it?

Former Attorney General William Barr has written a book (an excerpt appeared in the Washington Post on March 4) describing his telling President Trump that the election had not been stolen—or at least that there wasn’t significant evidence that it had been stolen.

People may disagree with Barr. Trump does. Trump, though, had had a chance to do something about election fraud that numerous people had warned him about a year before the election. He did nothing. That doesn’t make him responsible for any irregularities. But it does tend to take the wind out of his sails when he complains bitterly that no one (no one of his people, especially William Barr) did anything about the fraud he thinks—he “knows”—was committed.

The media—do we have to say “woke media”?—are of course trumpeting the lack of any official findings of significant fraud, and trumpeting especially the Supreme Court’s (shameful) refusal to hear the relevant cases. The very concept of “fraud” has now been turned into something only those characterized as, “far right, Trump-supporting extremists” complain about. That is not good for democracy. The media are to blame, but, to repeat, so is Trump.  His arrogance, that he would win the biggest majority in the history of the galaxy (a galaxy in which all the forces of Mordor and the Imperial Army were arrayed against him), was partly to blame.

A large segment of the American electorate was skeptical of the election result immediately. News and information travel quickly in America. By the afternoon of the day that the Space Shuttle Challenger exploded (January 28, 1986), the stock market had figured out that faulty O-rings were the cause.

By January 6, 2021 (after two months of vitriolic and partisan news coverage of voting irregularities), many Americans had figured out that the 2020 election had been “stolen,” even if not stolen in a way Attorney General Barr could do anything about. Facebook billionaire Mark Zuckerberg spent more than $400 million in an effort some people saw as an attempt to corrupt election officials. And the woke media shamelessly shilled for Biden while also covering up the scandalous matter on Hunter Biden’s laptop, which now, finally, even the New York Times has conceded is genuine. Democracy anyone?

And so it was that many Americans gathered in Washington on January 6th to protest the stealing of the 2020 election. Or, if you prefer, the “stealing” of the election.

They gathered initially on the Mall, listened to a speech by President Trump; and then proceeded to the Capitol. And we know what happened next.  Or do we?

It wouldn’t be accurate to say, “The rest is history,” because there are at least two different storylines. To the left-wing woke Democrats, it was the worst attack since Pearl Harbor (try telling that to any remaining surviving relatives of the sailors who died that day or to anyone else who has lost a relative in one of our recent feckless wars). That is, of course, nonsense. To the Right, it was a mostly peaceful protest. One person was killed, but not—can you believe it? —by a Trump supporter. An unarmed woman (i.e., not an attack ranger camouflaged in civilian clothes) who was crawling through a window (hardly a threatening position) was shot by a misfit policeman. (Now there was a cover-up!)

Scandalously, many people who were subsequently arrested were denied medical care and access to attorneys, and were kept in solitary confinement, referred to antiseptically as “restrictive housing.” Even Senator Elizabeth Warren (D–MA) complained about their treatment: “Solitary confinement is a form of punishment that is cruel and psychologically damaging,” Warren said. “And we’re talking about people who haven’t been convicted of anything yet.” (Great comment! Does the record show she did anything about it?)

Old soldiers may fade away, but the Democrats are determined not to let their narrative about January 6 fade away: they have been banging that drum for more than a year and intend to keep on banging right up until Election Day this November. The Nancy Pelosi Democrat January 6 panel consists of six highly partisan Democrats and two rabidly anti-Trump Republicans, Liz Cheney of Wyoming and Adam Kinzinger of Illinois, who, in an unprecedented action, have been rebuked by the Republican National Committee for their behavior. Pelosi’s committee is now alleging a “criminal conspiracy” by Trump. That’s just partisan nonsense—and it’s partisan because it doesn’t have even the trappings of an adversary proceeding, one in which all sides of an argument are presented before a conclusion is reached.

Did Trump urge the crowd to riot? At the speech he gave on the morning of January 6, Trump asked his followers to protest peacefully and subsequently tweeted, “I am asking for everyone at the U.S. Capitol to remain peaceful. No violence! Remember, WE are the Party of Law & Order—respect the Law and our great men and women in Blue. Thank you!” Only partisan hacks—or perhaps a DC jury—could find fault with that.

The Pelosi committee is trying to whet the appetite of “moderate” Attorney General Merrick Garland to go after the January 6 detainees and Trump himself—perhaps, say, a month before Election Day. That would be the same Merrick Garland whom Senator Mitch McConnell kept off the Supreme Court, and who also crafted a memo the text of which may have been innocuous but the import of which was widely seen as threatening parents who complained at school board meetings. Some moderate!

Harvard emeritus professor Lawrence Tribe and a colleague have written an op-ed in the Washington Post urging Garland to appoint a special counsel to investigate Donald Trump. The op-ed ran one day after a honey-trap reporter from Project Veritas videotaped Matthew Rosenberg, a New York Times journalist, saying: “We’re the ones, not Fox, not Breitbart, who actually went and uncovered the fact that, like, there were a ton of FBI informants amongst the people who attacked the Capitol.” Really? Do you suppose Nancy Pelosi’s committee knows that? Please.

The Pelosi committee is just a tool: a tool with which the Democrats are attempting to discredit Republicans of all stripes and to win the 2022 election (and perhaps also cover up Pelosi’s own rejection of National Guard assistance on January 6. (Did she assume the ton of FBI informants had everything under control?) The goal of her committee members is not to discover the truth; they don’t care about the truth any more than they cared about the truth of the now wholly debunked Trump-Russia collusion story, which we now know (we always surmised it) was a Hillary Clinton campaign dirty trick. The immediate goal of the Pelosi cabal is just another dirty trick: goad the Attorney General into acting and poison the 2022 elections.

The cost, however, to the rule of law of achieving that goal is huge. Pelosi is the chief kangaroo of a kangaroo court, a very visible court; and the more visible, the worse for our treasured judicial system.

When the Republicans take over the House of Representatives, they should tack up a sign on the front door that says, “no kangaroos allowed in this house.” 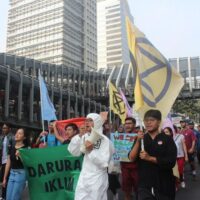 Climate Change, the Flu, and the Death of Satire

The Fauci Flu has not yet been referred to as an existential threat. But why not? Simply because no one would believe that? How can you be so sure?

It has become ever more difficult in recent years to write satire because the world is going crazy so fast that satire becomes reality — sometimes poisonous reality — before you can finish writing or even start laughing. Even somewhat far-fetched predictions can no longer be taken lightly.

This column suggested recently that if the government can do the kinds of things it has been doing to “protect” the public against the Fauci Flu, think what it can do to prevent the “existential” crisis of climate change.

The Fauci Flu has not yet been referred to as an existential threat. But why not? Simply because no one would believe that? How can you be so sure?

It is true that for many months many people have been discounting whatever the government has been saying about the Flu, and masks, and the vaccines, and the boosters. Think about, among other disgraces, how then-New York Gov. Andrew Cuomo lied about the number of people who had died (largely because of his policies) in nursing homes. And now we learn Gov. Gretchen Whitmer of Michigan did the same thing. That rising distrust in government is one reason it has become ever more necessary for the government to try to shame people into doing what the government announces is good behavior.

But not everyone distrusts government. Rasmussen Reports released a poll recently that showed Democrat voters support harsh measures against the unvaccinated. The poll found that 48 percent of voters favor imposing a Fauci Flu vaccine mandate on employees of large corporations, and 48 percent oppose. Okay (sort of), up to that point, but then the results get nasty.

Those polls do not show a country with a common core of beliefs.

And whatever happened to the freedom gene? Maybe the folks who opposed putting fluoride in the water back in the 1950s were right after all.

Recently, President Joe Biden went down south and tried to shame everyone who opposes his federal power grab of voting procedures and stoke up even more division in America. He called all the people who oppose his policy “racists” and said they were like Bull Connor (an Alabama white supremacist) and George Wallace. Even a Democrat senator said that was over the top.

Admittedly, voting is important in a democracy. But as important as survival? And not just our survival, but survival of the human race?

Where do we go from here — skipping lightly over the “we” part?

Biden’s DOA-in-Congress Build Back Better program contained $555 billion for climate action. In a New York Times piece headlined “Biden ‘Over-Promised and Under-Delivered’ on Climate. Now, Trouble Looms in 2022,” the paper noted that “The planet has already warmed an average of about 1.1 degrees Celsius compared with temperatures before the Industrial Revolution [1760–1820].” Can’t you just see the NYT reporters collapsing in fright? Indeed, why aren’t you frightened by a 1.1-degree temperature rise in 200 years, and what that portends for the future, you selfish SOB?

“If,” says the Times, “temperatures continue to rise past 1.5 degrees Celsius, the likelihood of increasingly deadly wildfires, floods, heat waves and other disasters becomes unavoidable, scientists have warned.” Are these the same scientists who told us to wear masks that we know now are absolutely useless?

“Countries must immediately and drastically reduce greenhouse gases caused by burning oil, gas and coal if the world is to avert the most catastrophic impacts, experts have said,” reports the Times. Brrrr! What would we do without experts?

What percentage of the country’s Democrats will be, or already are, willing to lock us up in our houses to freeze to death in order to save the planet from the existential threat of climate change? You may think that’s an academic question, good only for livening up a slow dinner party. The polling results on what Democrats are willing to do, even to children, in response to the Fauci Flu say otherwise.