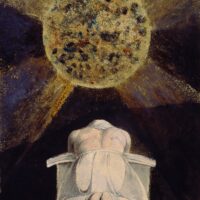 “Smite eternally my ancestors, O Lord, for their iniquities, and be not merciful to them; And bless me for my recognition of their transgressions.”

In a letter to the Harvard community, university president Lawrence Bacow reported on the work of the Committee on Harvard and the Legacy of Slavery. The committee found that Harvard’s history includes “extensive entanglements with slavery.”

In order to atone for Harvard’s sins, Bacow has promised to redress its legacy with slavery through “teaching, research, and service,” and has pledged $100 million toward that effort. Think of it as reparations.

A hundred million dollars! “Cui bono?” the lawyers might ask. “Oy vey,” the Jews may say, now that they too can go to Harvard.

What will Harvard teach about slavery? That it was wrong? How much of the $100 million will that cost? Will it be a required course? Are there any required courses at Harvard?

What’s the research for? The committee would seem to have done enough already—enough at least to cause Harvard to allocate $100 million. How much more research is needed? Or is that just a feel-good operation: wallowing in how badly Harvard’s forebears behaved, in order to contrast them with present management?

And what kind of service does Harvard intend to perform? Extra affirmative action? In other words, more discrimination, this time against individuals and groups who are currently less favored than blacks—the way blacks were less favored in the past?

Who will benefit from Harvard’s $100 million spending spree?

And hasn’t Harvard already spoken on the question? Memorial Hall was constructed in 1875, at a cost of $370,000, then equal to one-twelfth of Harvard’s endowment. (Bacow’s pledge of $100 million is only one twenty-fifth of its current endowment.) The names of the Harvard graduates who fought in the Civil War are inscribed on the building, but not all of them: only those who fought for the Union.

So why this flashy mea culpa now? Because it’s not a mea culpa; it’s a tua culpa.

Reparations are a perennial favorite cause as elections roll around. This year, the reparations cause is likely to be a special favorite of the woke Left. Donald Trump, the gift that has given so much to Democrats, isn’t the bogeyman he used to be, which is why Democrats are frantic to keep January 6 alive and scandalous. And white racist QAnons are said to be hiding under every bed (move over, Commie, make a little room for me!), coming out only at night to devise methods to keep blacks from voting. The Biden Administration intelligence community and the FBI have said violent domestic extremist movements (notably “white supremacists”) are the most lethal terrorist threat to Americans. Who’s a “white supremacist”? Probably you are, if you disagree in any respect with the approved Democratic Party line.

Even so, the devotion of blacks to the Democrats may be more tenuous than at any time since Eisenhower won 36 percent of the black vote in 1956. Black Americans have watched woke elites defund the police (an amazingly stupid idea, opposed by 81 percent of black Americans), elect get-out-of-jail-free district attorneys in the name of “racial justice,” and teach (in the few days when the schools are open) diversity, equity, and inclusion instead of reading, writing, and arithmetic.

Hence the need for a Big Gun: Reparations.

But there are problems—unmentionable and mentionable. The unmentionable one is that blacks who were transported to America were almost certainly no worse off than they would have been had they been kept as slaves in their native land. That does not excuse either their sellers or their purchasers; they may rot in Hell. (Does Harvard’s chaplain believe in Hell?) But being a slave in America was probably better than being a slave in one of those countries, whose accurate description by President Trump caused a run on smelling salts.

And then there is the data (see Thomas Sowell’s work) showing blacks’ economic progress was faster in the ’40s, ’50s, and ’60s than in the years following the passing (in a previous fit of self-righteousness by Democrats) of the Civil Rights Laws and the Great Society programs.

Today we have 18 (!) inner-city Hell-holes run by Democrats where the total number of annual shooting victims (797 homicides last year in Chicago alone) is magnitudes larger than the total number of slaves who worked at Harvard, whose history is so upsetting to the snowflakes who run the university today.

What good will Harvard’s $100 million “teaching, research, and service” be for those blacks who live, and survive, in America’s inner cities, forced to attend barren public schools? The latest National Assessment of Educational Progress found 85 percent of black students lack proficiency in reading skills.

According to the Harvard Crimson, in 2020, “270 faculty members contributed a total of $317,835 to Biden, while just five faculty members contributed a total of $3,030 to Trump.” Biden (indeed, the entire Democratic Party) is a wholly owned tool of the teachers’ unions. Time was when people thought the teachers’ unions and the Democrats were just selfish in not educating students; now some think keeping blacks uneducated and illiterate is a strategy to keep them voting for Democrats.

As Elon Musk is willing to take a flyer to change the structure of public discourse (for which the woke solons, and probably the entire Harvard faculty too, hate him), so Harvard could show some spunk and take a $100 million flyer on educating black children.

Instead, Harvard, moored now and for many decades past by moss-covered error, will seek blessings (secular, of course) from the New York Times and the rest of the woke community for recognizing the transgressions of their ancestors’ past.

Now that the stock of the puritans has died, Harvard should change its motto from Veritas to Vanitas. 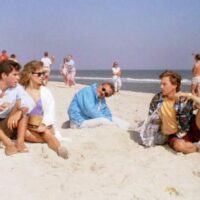 The Democrats’ perfidy must be trumpeted about: they played with the management of the United States of America as if they were playing Monopoly. That’s bad enough in peacetime. Now we’re in a war, perhaps a nascent World War III. These people have no shame.

Something’s happening. “The game’s afoot,” as Sherlock Holmes would say. Why are all the lefty media outlets now suddenly covering the Hunter Biden laptop story as if it were just another news item—as if they hadn’t spent 20 months telling us it was “Russian disinformation”? A story they got woke ex-intelligence gurus (with the greatest of ease) to pronounce a Russian plot to get Donald Trump reelected?

Now it’s ho-hum: cloudy, with patches of rain and gusty winds, followed by sun, and the laptop shows that Hunter Biden is a pervert and a crook, and his father probably is, too; but expect warmer weather tomorrow.

Roger Kimball, writing in American Greatness, suggested the shift in coverage was the opening gambit to purge Biden and Harris, by the Praetorian Guard in the deep state. In contrast, however, I argued that scenario was far-fetched: too complicated and too time-consuming. If it were done, then ’twere well it were done quickly, i.e., it would have to be done before the Republicans likely take back the House of Representatives. Otherwise, they would prevent the Democrats from approving even a left-leaning substitute for president and vice president.

Readers disagreed, and my email was rife with plots and subplots showing how the Democrats will dispose of Biden and Harris—as so much unrecyclable trash.

Harris has to go first because if they push Biden under the bus, she becomes president. There are two suggested methods: the buyout and the kick-out. In option one, “they” find a cushy job for her—president of a think tank or some other charity, at $700,000 a year, guaranteed for five years (so long as she behaves?—ha!), and an absurd $1 million book deal.

Would she take it? She knows—everyone knows—she’s reached the end of her political career. She’s a loser’s loser. To resign would be humiliating, of course—and far worse than Nixon’s resignation: he had his supporters (and still does); he was incredibly intelligent (as anyone who knew him knows), and his “guilt” was only cooked up by a partisan mob, which never forgave him for nailing their darling, Alger Hiss. Harris, de l’autre côté, is widely thought to be too stupid not only to serve as vice president but even to know the meaning of de l’autre côté—or how to look it up. Resigning is better than the alternative.

And that alternative is, “they” release some dirt on Harris (a lateral pass to the New York Times). She’s been in Democratic politics for a long time, and it is fair to take “judicial notice” that there’s probably dirt aplenty just lying around to be used when necessary; in fact, a whole bag full: law school irregularities, grotesque incompetence as a prosecutor, etc. And if there isn’t enough, they’ll simply make it up. Harris is toast—even if it’s whole grain, made from flour grown organically on an nonmechanized sustainable farm, and warmed in a solar-powered toaster.

But what about Old Joe? Again, there are two ways out: the door and the window. Dr. Jill Biden must know he’s . . . gone. (Of course, she might not know: she’s not a medical doctor, remember.) Still, even though she’s woke, she may not be (actually, could not be!) as stupid as her husband. Biden can resign, with dignity—whatever smidgeon of dignity he has left. And perhaps get a deal for light treatment for his crooked son Hunter.

Or “they” can invoke the 25th Amendment and force him out. How humiliating!—but only to someone who can recognize that it’s humiliating.

Some details: When “they” force Harris out, they make a deal with the Democrats in Congress to install a moderate Democrat who might be successful at wooing back some Democratic voters who are scurrying away from the party like cockroaches in the kitchen when the lights go on. He (yes, it will be a man, and a white one, too—they can’t take any chances) will say he has no interest in running for president in 2024. Then he becomes president when Dr. Biden takes her husband on that last Amtrak ride to Wilmington. Then the Democrats pick another conventional low-key man or woman to be vice president. Cue the national anthem (in English).

Perhaps. And a scandal? Huge.

But the real scandal (whether or not they dump Biden) is how the Democrats and the media got us into this mess. They knew, everyone knew, Biden was incompetent and stupid (this has been well-documented for decades), corrupt, and senile. That’s why they kept him largely out of the public eye during the campaign. They knew! There really is no arguing about what the Democrats who engineered the Biden candidacy knew.

The Democrats’ perfidy must be trumpeted about: they played with the management of the United States of America as if they were playing Monopoly. That’s bad enough in peacetime. Now we’re in a war, perhaps a nascent World War III. These people have no shame. They care only about their own power. They saw “Weekend at Bernie’s,” and said, “We can do that!” And they did. They make us pine for simple corruption, simple backroom, cigar-smoking corruption: “I’ll pay you a million from my slush fund; you pay my wife a million from yours.”

Yes, something’s happening. There’s another game afoot. The public seems to be waking up to the Democrats’ perfidy. Voters are coming to realize they’ve been had. The year-long dark night may be ending. Deo volente.