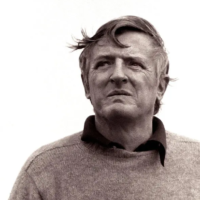 Sam Tanenhaus is writing a biography of William F. Buckley Jr, the founder of National Review and of the modern conservative movement. Tanenhaus was interviewed recently by Geoffrey Kabaservice of the Niskanen Center. Readers of the interview will see why Buckley’s friends and conservatives expect an unflattering and inaccurate portrayal of one of the most consequential intellectuals of the twentieth century.

If Tanenhaus’s biography of Buckley is anything like the silly book he wrote in 2009, wonderfully titled The Death of Conservatism (reviewed here), you won’t want not to miss it.

Here, from The Death of Conservatism, is possibly the silliest sentence—and Tanenhaus at his best?—to get published by a mainstream publisher in that entire decade: “Culturally, too these are conservative times…. [C]onservatives should savor the embrace of ‘family values’ by the nation’s homosexual population, who seek the sanctuary—and responsibilities—of marriage and childrearing.”

It just doesn’t get any richer than that—and that explains why admirers of Buckley aren’t expecting an honest or accurate picture of Buckley from Tanenhaus.

Tanenhaus needs to work on getting Buckley family facts straight. He says Buckley couldn’t have written to the King of England about repaying the war debts when he was six because “if he did it, he wrote it in Spanish. And he couldn’t write Spanish because he learned Spanish from his nursemaids, and they were not writers. That’s one of these myths that surrounds Buckley. It’s kind of fun to poke little holes in those. You just think it through logically.” Right.

But thinking logically is difficult without facts. Suggesting that Bill was unable to write in English at age six is absurd. Yes, his first language was Spanish, but he also learned English (at the same time? Amazing!)…in order to converse with his mother and his siblings.

Kabaservice and Tanenhaus discuss Buckley’s (partly) Southern upbringing and his attitude towards black people and the Civil Rights Acts: It’s fair to say they are fixated on the subject. It is also fair to say Buckley was not an early convert to the Civil Rights Acts, though he seems to have changed his mind partly later on. But then later on he also changed his mind on the freedom to smoke: he said, while struggling with emphysema, that he thought government should prohibit smoking. Not everything we say when we get older is wise.

Kabaservice’s and Tanenhaus’s bias is clear: Kabaservice talks about the “storming of the Capitol” on January 6. That’s just left-wing media cant: No more than one gun was confiscated; and possibly up to 23 people had what were described by one report as “baseball bats, chemical sprays, a captured police officer’s riot shield, a crowbar, fire extinguishers and a metal flagpole.” The only killing was by a policeman (details still being covered up by Democrats 11 weeks later), of an unarmed woman climbing through a window, a position difficult to describe as “threatening.” When you hear the words “storming the Capitol” reach for your…skepticism.

Kabaservice and Tenenhaus make great sport of Russell Kirk, an early National Review senior editor, for taking John Calhoun seriously. Calhoun, you see, owned slaves, and presumably nothing he ever said, ever, can be taken seriously. He believed in states’ rights, any serious discussion of which the wokies smother with a racial blanket. And he had a theory of concurrent majorities. If you’ve never heard of it, that’s not surprising, but it’s worth looking up.

Alas, poor Calhoun: He’s become an arch villain. But it’s really, “Alas, poor us,” because he had interesting things to say about minority rights. You get the impression from the Calhoun-haters that if Calhoun had invented the Salk vaccine, they’d have preferred to die of polio.

Kabaservice and Tanenhaus make fun of people who disparaged the civil rights bills. And of people who didn’t like Lincoln (shhh, some people still don’t). And of people who like constitutional government. They are critical of National Review senior editor James Burnham’s writing about “plebiscitary democracy.” “Well,” says Tanenhaus, “it goes back to that idea that we were a republic initially and we evolved into a democracy.”

Whoa there, fella. What does “evolved” mean in a constitutional republic? If you’re a big-government liberal, that evolving may make your heart go pitter-pat. But what happens to the losers in flyover land when the populations of New York (where the governor may soon be indicted) and California (where the governor may soon be recalled) run the country?

Don’t these folks who wear their antiracism on their sleeves ever look at the results of the policies they promote? They are hugely detrimental to…precisely the people they claim you are discriminating against. Really, it’s painful to listen to New York Timesie intellectuals who spend their time promoting policies that are detrimental to black people (e.g., a minimum wage, illegal immigration, and suppressing non-public schools) while smugly Madison-advertising their own racial sensitivity and moral superiority.

Did the early post-WWII conservatives get some things wrong? Probably. Most of us do. But one thing they got right was the danger to freedom the gargantuan state presents—never more apparent than today—and presents most especially to black people.

Tanenhaus, and Kabaservice, have some pleasant things to say about Buckley: He was a peerless discoverer of talent; he exuded a kind of generosity of spirit; he was open to discussion; and he had a largeness and a capaciousness that we don’t see elsewhere.

All true, as those of us who knew him well know. But it’s a good guess that Tanenhaus’s book will emphasize Buckley’s early positions on race while studiously ignoring what 60 years of ministrations by Democrats, resisted by Buckley, have done to black Americans. The takeaway from this interview is that Tanenhaus is not likely to be complimentary to Buckley. Just think it through logically.