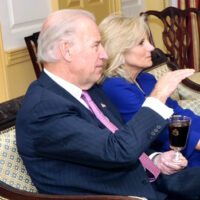 The Wickedness of Joe Biden and His Enablers

Undermining the system—attempting to disenfranchise the American people—is wicked.

Here is Kristol in July 2020: “A lot of people who want to get rid of Trump would be reassured that Biden is a capable person, he is not senile, he is not, you know, going to be captured by AOC two months into his presidency and stuff, so I think it is a reassurance thing for Biden.” Right. You know.

I think from my point of view, it’s been easier also to support the Democrats this year, because Joe Biden is the nominee. The center did hold in the Democratic Party, something the conservatives now are busy denying that’s the case. They’re pretending that the nominee is Bernie Sanders or Elizabeth Warren or AOC or something, even after Biden defeated the wall. There’s also a sign [that the conservatives] are not accepting [the] good news, which is [that] it looks like we might get a centrist democratic administration which could restore some stability and some sensible governance to the country. And that’s a good thing.

In fairness to Kristol and the other Democrats who supported Biden, one might say that they could not have known how bad Biden would be, how left-wing crazy he would be. But it was perfectly apparent that he was senile and that he was—how to put it delicately?—not bright, and certainly not honest.

Biden’s election was facilitated by an utterly corrupt media, which worked tirelessly to suppress the reality that Biden was not capable of discharging the duties of the presidency, and that the Hunter Biden laptop clearly indicated that he and his son were very likely corrupt.

It was also clear that the Democratic Party was lurching left. For months, party leaders had disgracefully supported the George Floyd riots, which left two-dozen people murdered, scores of police injured, and did an estimated $2 billion in property damage. It would have taken some fortitude to stop the party from moving all the way over to cloud cuckoo land.

Who among the Democrats possessed such fortitude? What force in the party could Kristol possibly have had in mind who would moderate Sanders, Warren, Alexandria Ocasio-Cortez, and the other crazies? An aging Joe Biden? Anyone who actually thought that shouldn’t be invited on talk shows to discuss American politics.

Let’s face it: the Biden record has been awful. He botched the Afghanistan withdrawal; he has mismanaged the economy, pushing inflation to Jimmy Carter levels; he has promoted senseless green policies that have driven up gas prices to levels not seen in decades; he has refused to enforce immigration laws, and has flown illegals around the country in the middle of the night to unsuspecting communities; he sold petroleum from the reserve to the Chinese; he promoted unrestrained abortion like China and North Korea; he has consigned black children to public school hellholes—all of these policies have driven his approval record among the American people to historic lows.

Biden is incompetent and really always has been. And the crowd that put him in office knew that during the campaign. And yet—and yet—they were willing to foist this incompetent old man on the country! If that isn’t wicked, what is?

And the most Bill Kristol can offer is that he thinks Biden shouldn’t run again in 2024? Please!

Meanwhile, a correspondent writes that “it’s a bit rich for someone who voted for Trump twice to call those who voted for Biden ‘wicked.’” But why? What’s the reasoning behind that?

What did Donald Trump do that was half as objectionable? Or remotely as wicked as this corrupt old “president” and his corrupt handlers?

Has there ever been anything more wicked than the Democrats’ three-year Russia collusion hoax attempt to remove the duly elected Donald Trump from office? Surely that retires the wickedness cup.

Policy disputes are one thing. There will always be policy disputes. But undermining the system—attempting to disenfranchise the American people—is different. That’s what Democrats tried to do while Trump was president. And it’s what they’re still trying to do by importing into the country millions of illegal, illiterate immigrants, who, they assume, will vote for the party of welfare.

Is that really what Bill Kristol wants? That’s wicked!

Rebuilding Western Civ, One piece at a time. 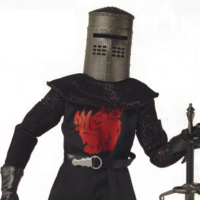 Arthur asks the knight to join him in his cause, but the knight refuses, and then refuses Arthur permission to pass through. The knight announces that he moves for no man. “So be it,” replies Arthur, and the fighting commences. After a number of thrusts and parries, and groans and moans, Arthur cuts off the knight’s left arm.

The knight replies: “’Tis but a scratch.”

Arthur, incredulous: “A scratch? Your arm’s off!”

Reality is not his thing.

Nor Biden’s. After 20 years of fighting in Afghanistan, Biden withdrew U.S. forces precipitously last year in hopes of reaching a wholly artificial deadline of September 11, which would have made for a nice photo-op.

The withdrawal was a chaotic disaster. It was Saigon revisited. Afghans held onto departing planes until they fell to their deaths. In an attack on the airport, 13 U.S. servicemen were killed, 18 were wounded, and 170 Afghans were killed and scores more injured. Unbelievable carnage. Friends and allies of the United States were abandoned in the country, as well as tens of billions of dollars in weapons and military hardware. The world took note and took the measure of the man in the Oval Office. In an unprecedented action, the British Parliament rebuked Biden.

Biden’s reply to all of the criticism? “’Tis but a scratch.”

“Victory is mine,” says Arthur. He kneels down to say a prayer of thanks, whereupon the Black Knight kicks him. Arthur says the Black Knight can’t continue fighting because he has no arms left. “Those are flesh wounds,” replies the knight. He continues kicking Arthur, while yelling, “Chicken! Chicken!”

In the United States, meanwhile, it’s not just the price of chicken that has gone up. The price of gas has doubled since Biden took office, reminding everyone of hapless Jimmy Carter, “President Malaise.” Biden has attempted to blame inflation on Russian President Vladimir Putin, but the public isn’t buying. And why should we? Prices started rising long before Putin invaded Ukraine. Even Jerome Powell, Biden’s recently reappointed chairman of the Federal Reserve, agreed with the public: “Inflation was high before—certainly before the war in Ukraine broke out.”

The public understands that part of Biden’s woke agenda is to eliminate the use of fossil fuels. He canceled drilling leases and limited domestic production. He has imposed regulations that impose big costs, which lead to higher prices. And his anti-energy rhetoric discourages investment. Actions have consequences, and the public understands that. Biden is senile and may not.

Arthur whacks the Black Knight, cutting off one of his legs.

Arthur replies, “What are you going to do? Bleed on me?”

Out-of-control crime is bleeding all over America. Murder rates and unsolved homicide rates soar. Soros-backed prosecutors refuse to prosecute criminals. Even “moderate” Attorney General Merrick Garland refuses to enforce the law that forbids picketing outside the homes of Supreme Court justices—though he seemed willing to sic the feds on parents attending school board meetings (since they might be terrorists). Meanwhile illegal aliens swarm across the U.S. southern border, bringing disease, crime, and fentanyl—lots of fentanyl—with them. Biden’s dereliction of duty, to enforce the laws faithfully, is startling. If the Democratic Party loses the Hispanic vote, it will be closing time for them. The Republican Party will be invincible.

But the Black Knight says: “I’m invincible.” To which Arthur replies, “You’re a looney!”

Joe Biden may think that, but Jamie Dimon, CEO of JP Morgan, isn’t so sure.

“Geopolitical tension, high inflation, waning consumer confidence, the uncertainty about how high rates have to go and the never-before-seen quantitative tightening and their effects on global liquidity . . . are very likely to have negative consequences on the global economy sometime down the road,” Dimon warned recently.

Arthur whacks the Black Knight again, cutting off his remaining limb. The black knight replies, “All right, we’ll call it a draw.”

That’s not what the polls say. In one recent poll, 64 percent of Democrats said they prefer someone other than Biden to be the Democratic candidate for president in 2024, citing his advanced age and middling performance. Seventy-seven percent said the country is headed in the wrong direction. This is the reality of current politics.

Arthur moves on. The Black Knight accuses him of running away. “Come back here and take what’s coming to you.” But Arthur is already gone.

But for looney Joe Biden, ’tis but a scratch.

Rebuilding Western Civ, One piece at a time.