For the term "the american conservative". 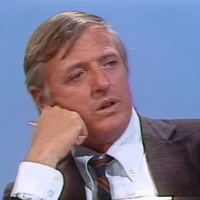 Conservative Vibes for Our Time

That’s what Nat Con II was all about: getting inside the vibrations of modern life.

What do we mean by “conservatism” these days, anyway? That was one of the questions always present (stated or unstated) at the National Conservatism Conference put on by the Edmund Burke Foundation in Orlando, Florida, late last month. It was the second such conference, NatCon II, the first one having been held in the summer of 2019. How is this new conservatism different from what has gone before? Is it different? About 750 people, many of them young, went to Orlando to find out.

William F. Buckley Jr., the founder of National Review, wrote years ago that he knew, if not what conservatism was, at least who conservatives were—confessing at the same time that it was easier to know who a liberal was: “Spin me about like a top, and I will walk up to the single liberal in the room without a zig or a zag and find him even if he is hiding behind the flowerpot.”

Some of the “conservatism” of the Orlando crowd is a reaction, and rebuke, to the Republican establishment, especially some (maybe many) of the Republican office holders in Washington—e.g., the 13 Republican members of the House of Representatives who voted for Joe Biden’s trillion dollar “infrastructure” bill (and who should spend the rest of their time in Washington behind —in?—flowerpots). They are “Chamber of Commerce” Republicans, people who care only about business and the bottom line, not about how we get to that line, or how many people have to get stepped on, or fired, or replaced by Chinese workers (or slaves), to get to that line. National Conservatism is something different—something more proudly American, “Trumpist,” the liberals might claim, accusingly, though it has little to do with Trump, and his name was mentioned only occasionally at the conference.

And “National Conservatism” is not exactly Reaganesque either, as a number of speakers pointed out. But that’s not surprising: Reagan took office more than 40 years ago, and there is no reason to suppose he would have proposed, as the solutions for today’s problems, the solutions he proposed then.

Even Buckley was criticized by one speaker, who said his famous cry for “standing athwart history, yelling ‘Stop!’” was simply not sufficient. But Buckley never said it was. That iconic phrase appeared in the first issue of National Review in 1955. But there was a whole lot more.

Buckley wrote: “[National Review] is out of place because, in its maturity, literate America rejected conservatism in favor of radical social experimentation [Doesn’t this remind us of open borders? Critical race theory for kids? Gender optionality?]. Instead of covetously consolidating its premises, the United States seems tormented by its tradition of fixed postulates having to do with the meaning of existence, [Justice Kennedy’s infamous “At the heart of liberty is the right to define one’s own concept of existence, of meaning, of the universe, and of the mystery of human life” anyone?] with the relationship of the state to the individual [you vill vear your mask und vhere are your vaccinations papers?], of the individual to his neighbor, so clearly enunciated in the enabling documents of our Republic.”

And Buckley continued: “Conservatives in this country—at least those who have not made their peace with the New Deal, and there is a serious question of whether there are others—are non-licensed nonconformists; and this is a dangerous business in a Liberal world, as every editor of this magazine can readily show by pointing to his scars. Radical conservatives in this country have an interesting time of it, for when they are not being suppressed or mutilated by Liberals [mind you, this was decades before Google, Amazon, Twitter, and Facebook], they are being ignored or humiliated by a great many of those of the well-fed Right [Hmm: Republicans In Name Only?], whose ignorance and amorality have never been exaggerated for the same reason that one cannot exaggerate infinity.”

“Not made their peace with the New Deal”! Holy smoke! Of course, the New Deal was younger then, dating from about 1933 to 1939, less than two decades before the founding of National Review. But who these days is calling for the repeal of anything?

Christopher DeMuth, the chairman of the conference, said in his speech that three of the critical foundations of nationhood are religion, locality, and family. Exactly. The dedication in Buckley’s first book, God and Man at Yale (1951), reads: “For God, For Country, and for Yale . . . in that order.”

DeMuth’s speech illustrated a point Buckley made in an address to the Conservative Party of New York State in 1964. Buckley said: “Modern formulations are necessary even in defense of very ancient truths. Not because of any alleged anachronism in the old ideas—the Beatitudes remain the essential statement of the Western code—but because the idiom of life is always changing, and we need to say things in such a way as to get inside the vibrations of modern life.”

That’s what Nat Con II was all about: getting inside the vibrations of modern life. 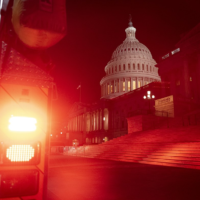