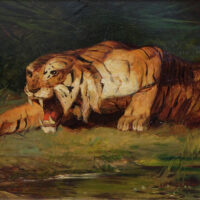 The cover-up of information, and the dissembling we’ve seen over the past year on vaccines and masks is serious, not only for health reasons but also for reasons of public trust in institutions.

Trust in government and government-sponsored edicts is fast declining because of federal, state, and local pronouncements on the Chinese flu, vaccines, masks, and lockdowns. The federal government has been as stubborn as an ox against telling the truth—and 2021 was, perhaps appropriately, the year of the ox in China.

We have a good idea by now that masks are essentially useless. But masks are nevertheless being recommended, and in many cases required, by the feds, the military, and states and cities across the country.

The federal government at first said that masks were not useful, but it turned out that that announcement was for the purpose of limiting public purchases in order to ensure that there would be an adequate supply of masks for healthcare workers—which is to say, the government deliberately deceived the public. Then the feds sang a different tune, that masks were beneficial. Now in many cases—on airplanes, and in public places in many cities—they are required.

In a Wall Street Journal column, Phillip W. Magness and Peter C. Earle pointed out that in January 2020, Anthony Fauci questioned harsh China lockdowns: “Historically, when you shut things down, it doesn’t have a major effect.”And federal authorities have been wildly inconsistent about what businesses are “essential,” who should get vaccinated and when, and how long sick people should quarantine.

It is reasonable to conclude that the behavior of the government is driven not by science but by politics. Mask mandates have been particularly offensive, especially when the most preachy pols have been photographed not wearing them or fleeing to saner jurisdictions where masks are not required.

A reader who disagreed with my conclusion in November that masks were not, in fact, beneficial, wrote that he could easily lay his hands on a study that said masks were effective, and shortly afterward forwarded such a study.

The study has two problems. The first is that it’s old: it was published in January 2021; which leads to the second: it was not based on randomized controlled trials (the gold standard) dealing with the Chinese flu. It even concedes that point, saying early on: “. . . we should not generally expect to be able to find controlled trials, due to logistical and ethical reasons, and should therefore instead seek a wider evidence base.” In other words, the study is just their opinion; it’s not really “science.”

“Overall,” it says, “direct evidence of the efficacy of mask use is supportive, but inconclusive.”

And then later on, the study offers this statement, which parents, especially, should read:

The impact of using masks to control transmission in the workplace has not been well studied. One issue that impacts both school and work usage is that, over a full day’s use, masks may become wet, or dirty. [Ew, yuck!] A study of mask use in health care settings found that ‘respiratory pathogens on the outer surface of the used medical masks may result in self-contamination,’ and noted that ‘the risk is higher with longer duration of mask use (>6h) and with higher rates of clinical contact.’ Further research is needed to clarify these issues. In the meantime, most health bodies recommend replacing dirty or wet masks with clean ones.

Right. So what are parents supposed to do? Send their children to school with five masks and tell them to be sure to change them every two hours?

People who are seriously interested in the effectiveness of masks should read Jeffrey Anderson’s definitive pieces in City Journal and American Greatness. The key point he makes is that only randomized controlled trials (“RCTs”) are worth considering. It is a fair conclusion, therefore, that masks are not useful because the RCTs that have been conducted don’t prove they are.

Recently, two members of the COVID-19 advisory board for the Biden-Harris transition team seemed to agree, at least in part. Michael Osterholm and Ezekiel Emanuel wrote in the Washington Post: “masks can be helpful, but only if they are high-quality and used routinely. This means non-fraudulent N95, KN95, or KF94 respirators, all of which have satisfactory filtration efficiency. Cotton or surgical masks are more for show than effective protection, especially against omicron.”

OK . . . maybe. But even assuming they are correct—and the aforementioned Anderson pieces indicate they are not—how many people actually wear N95 or KN95 masks? At the moment, certainly, there are no government edicts that require N95 or KN95 masks.

How many people do wear N95 or KN95 masks? We don’t know. One survey says that 72 percent of U.S. adults always wear a mask when they go out, but it doesn’t say what kind. You can do your own research: look at the first 20 people you see outside and count those who are wearing N95 or KN95 masks. It will, on a guess, probably be no higher than three, which is only 15 percent of your control group. That suggests that most people are not wearing either the N95 or KN95 masks—and we really don’t have much reason (i.e., RCTs) to think even those are effective.

But there’s more bad news, and it suggests more dissembling by the government. An Indiana life insurance CEO has said that deaths are up 40 percent among working-age people (ages 18 to 64) who are employees of businesses with group life insurance policies.

OneAmerica CEO Scott Davison said the increase in deaths represents “huge, huge numbers.” A key point to remember is that death rates (mortality tables) rarely change at all. Another point is that these deaths are not caused by the Chinese flu: those death rates are actually down. A likely culprit is vaccinations. Why haven’t the feds told us about that? When will we read about that in the mainstream media?

And finally, to start the new year with some critical thinking, see the report from the Canadian Covid Care Alliance which claims that Pfizer’s COVID-19 inoculations cause more illness than they prevent and provides an overview of the Pfizer trial flaws in both design and execution. Did you hear about that from the White House or from Fauci, or read about it in the New York Times or the Washington Post?

The cover-up of this information, and the dissembling we’ve seen over the past year on vaccines and masks is serious, not only for health reasons but also for reasons of public trust in institutions. That trust, a necessity for a functioning democracy, is now fast disappearing—assuming there’s any left. 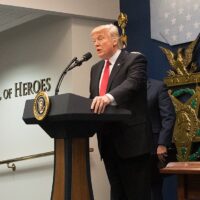 But cui bono?, as they used to ask when students studied the classics, which Princeton has now declared to be white supremacist.

It’s a new year. What was your resolution? Here’s one for Michael Gerson — and for many others.

Gerson suffers acutely from Trump Derangement Syndrome. He also, we should note charitably, suffers from other serious ailments, and we should wish him well. But while it’s true that reading his 794th screed on Trump is more appropriate for the Lenten season than for this one, it’s also true that a quick look may be beneficial as we head into a new year which will see elections across the country.

In his recent column titled “What if the Jan. 6 report just doesn’t matter?” Gerson is so fixated on Trump, whom he thinks is evil incarnate, that he seems unable to grasp either why the “January 6 Report” may not matter or what could be done (or what could have been done) to make it matter. It’s his column, of course (and the Bezos Post’s), and if he wants to shout into the wind, that’s his business. But cui bono?, as they used to ask when students studied the classics, which Princeton has now declared to be white supremacist.

Gerson writes that the House committee “seems intent on exploring and exposing all the elements of former president Donald Trump’s plot against America: the spurious and dangerous legal theories that fed and informed his plan to overturn the 2020 election, [and] Trump’s direct incitement of violent and criminal behavior on the part of his supporters …” Gerson’s problem is that he’s assuming as true precisely what is supposed to be determined. He’s in good company, of course: that’s exactly what the House committee is doing. Gerson should calm down and take a more realistic view based not only on Trump’s shortcomings but also on the perfidy of his enemies.

The record has now convincingly established that Trump did not incite his followers. The texts from Jan. 6 make that clear. People who persist in saying otherwise simply aren’t interested in the truth.

Gerson writes: “According to the Pew Research Center, roughly two-thirds of Republicans say that Trump ‘definitely’ or ‘probably’ won the 2020 election.” They may be wrong, of course, but why do they say that? And what is it that they really mean?

If those Republicans mean that enough ballots were stolen or altered to effectuate the Biden victory, the response has to be that that is something that has not yet been proved and is not likely ever to be proved.

But perhaps they take a larger view. Republicans argued that Pennsylvania’s voting laws were changed by the legislature in violation of Pennsylvania’s constitution. It’s true that the U.S. Supreme Court refused to hear a case that sought to have that change held illegal, but, if the law change was indeed illegal, the court’s refusal didn’t make Pennsylvania’s changes to the law legal. If you rob a store in California but take away goods worth less than $950, you will not be prosecuted. But not being prosecuted doesn’t make your conduct legal.

In addition to the changing of voting rules, there was the suppression by the mainstream media of the Hunter Biden laptop story. Many people know about Biden’s laptop now. But a poll taken shortly after the election showed that enough Democrats said they would have voted for Trump if they had known about the laptop to have changed the outcome of the election.

And of course there has been non-stop vilification of Trump from even before he got elected, up to and including today — and it will not stop soon.

Under all those circumstances, why should anyone be surprised that a lot of Republicans think the 2020 election was stolen — “stolen” really being just a word to indicate the corruption of the electoral process by the Democrats and their allies in the media and Big Tech?

But here’s another point, and perhaps the most important one: the Democrats also know they “stole” the election, which is why they are so frantic to change the election laws: they’re not sure that without Trump on the ballot they can steal the next election too unless they eliminate the requirement for voter IDs. Has Gerson given any thought to that? Or is his TDS so serious that he’s joining in the Democrats’ perverted claim that voter IDs are RACIST! — even though 80% of Americans (and 69% of blacks) support them?

The good news, as we head into a new year, is that the gulf between Americans may be closing. According to a recent poll, 60% oppose Biden’s Build Back Better plan’s payments to illegal immigrants (you can’t make this stuff up), 81% oppose the tax credit of up to $50,000 for print journalists (you really can’t make this stuff up) — and there’s a lot more too. Biden’s popularity is now down at 45%, Trump territory, which, for many, is deliciously ironic, given that Biden has the media with him.

The Democrats know they’re in trouble, which is why they’re banging the Jan. 6 drum. Gerson needs to step back, take a deep breath … and resolve to let Trump go.

New Year’s Eve is a good time for him, and many others, to make that resolution.